Chief Atkinson has been employed by the Doraville Police Department since August of 1993. From January 1, 2020 to July 1, 2020, Chief Atkinson served as the City’s Interim City Manager. He was appointed the Chief of Police in April 2020. 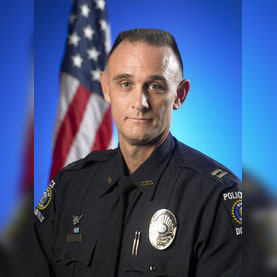 Chief Atkinson is a graduate of the 216th Session of the FBI National Academy, the 09-35 session of the Georgia Chiefs of Police Executive Training School, graduated from the 40th Session of the Command College at Columbus State University with a Masters in Public Administration.