Chief C.D. Atkinson has been employed by the Doraville Police Department since August of 1993. After serving in an interim capacity, he was named as the Chief of Police in April of 2020 . 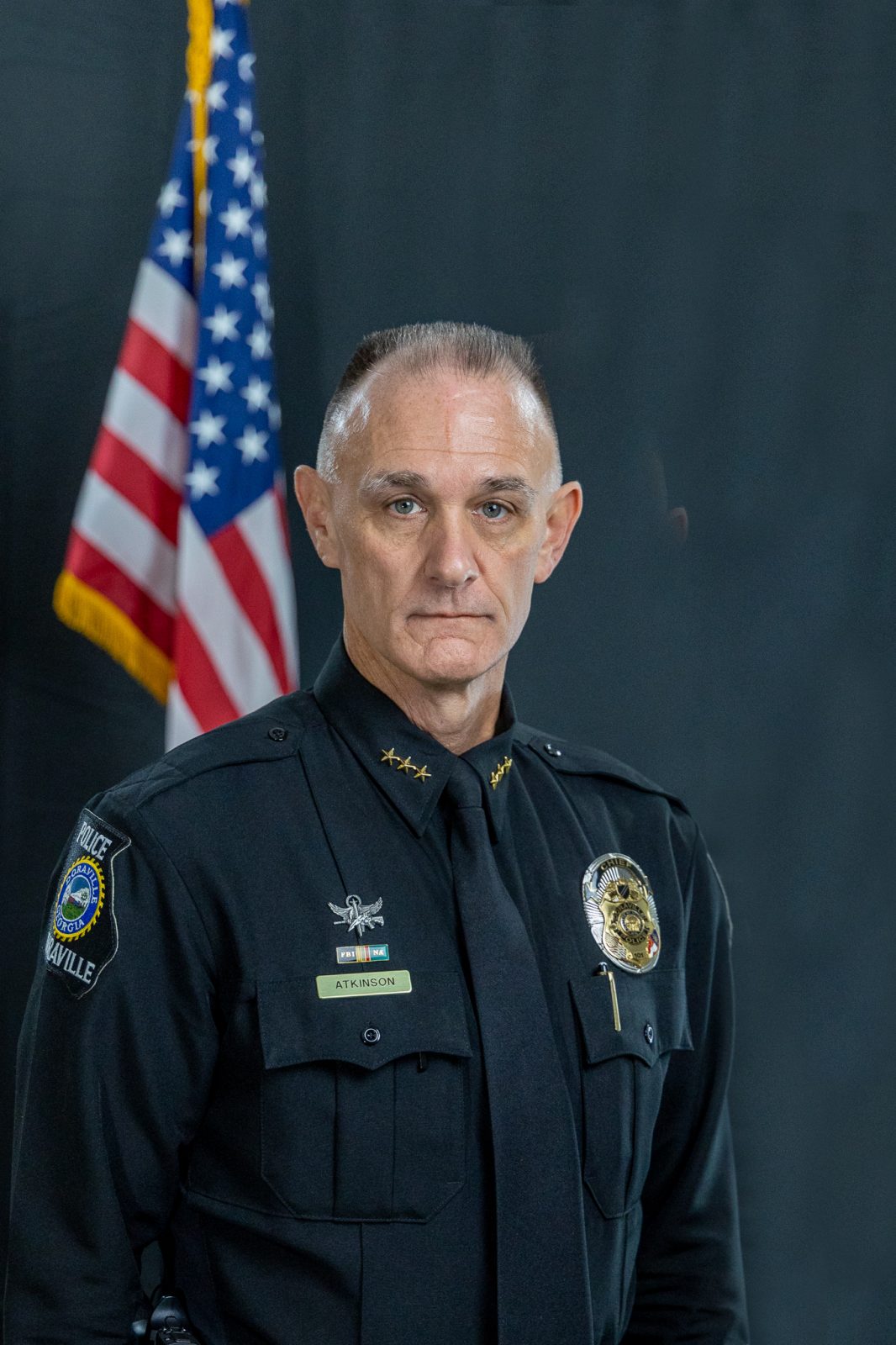 Chief Atkinson joined the Police Department after graduating from the State University of West Georgia where he earned a Bachelor of Science degree in Political Science. His first assignment was that of a communications dispatcher/detention officer. Chief Atkinson attended the 112th session of the Public Safety Training Institute and after graduating became a road patrolman in March of 1994. In January of 1997, Chief Atkinson transferred to the Criminal Investigations Division where he served as Narcotics Investigator, as well as a General Investigator. He was promoted through the ranks, eventually becoming the commander of the Criminal Investigations Division in October of 2002. In addition he has also served as the Commander of the Uniform Division and the Administrative Services Division. In April of 2010, he was promoted from Captain to Assistant Chief. In July of 2019, he was named the Interim Chief of Police.

Chief Atkinson is a graduate of the 216th Session of the FBI National Academy, the 09-35 session of the Georgia Chiefs of Police Executive Training School, and earned his Master’s in Public Administration at the 40th class of the Columbus State University Command College. He is certified through the National Institute of Truth Verification in Computerized Voice Stress Analysis. He is also an active member of the FBI National Academy Associates, the Georgia Chiefs of Police Association, and the International Association of Chiefs of Police.