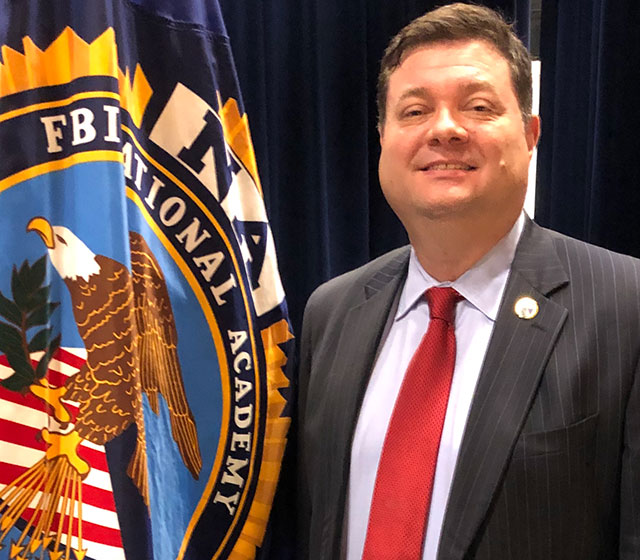 “T.K.” Gordon is a Captain with the Doraville Police Department and has been in
law enforcement since 1995. Captain Gordon joined the Doraville Police in 2004. He was assigned to the Drug Enforcement Administration Task Force in Atlanta from 1996-2015. During his assignment at DEA, he received numerous awards and commendations including the Chief’s Star for outstanding performance, the DEA Administrator’s Award, the DEA Atlanta’s Task Force Officer of the Year, and the Northern District of Georgia US Attorney’s Office Award. In 2015, he was appointed to manage the Department’s Operations Division consisting of Uniform, Investigations, and Training sections.

He graduated from the University of Georgia in 1997 with a Bachelors of Arts, and a Masters Degree in Public Safety Administration at the Columbus State University’s Command College in 2020. He is a graduate of the FBI National Academy Session #275 and the FBI’s Law Enforcement Executive Development Seminar. He is an active member of the Georgia Association of the Chief’s of Police, the International Association of Chiefs of Police, the Association of Federal Narcotics Agents, and the FBI National Academy Associates’ National and Georgia chapters. He is a Georgia POST certified general and firearms instructor. He has provided investigative technique training to various local, state, and federal agencies all across the country. He has also provided leadership training for all levels of supervision and management on behalf of DEA.