Doraville Police is one of 129 Georgia Law Enforcement Agencies in the State of Georgia to be Certified by the Georgia Association of Chiefs of Police.  Only 11 percent of the 1,179 agencies in Georgia meet these Certification Standards. 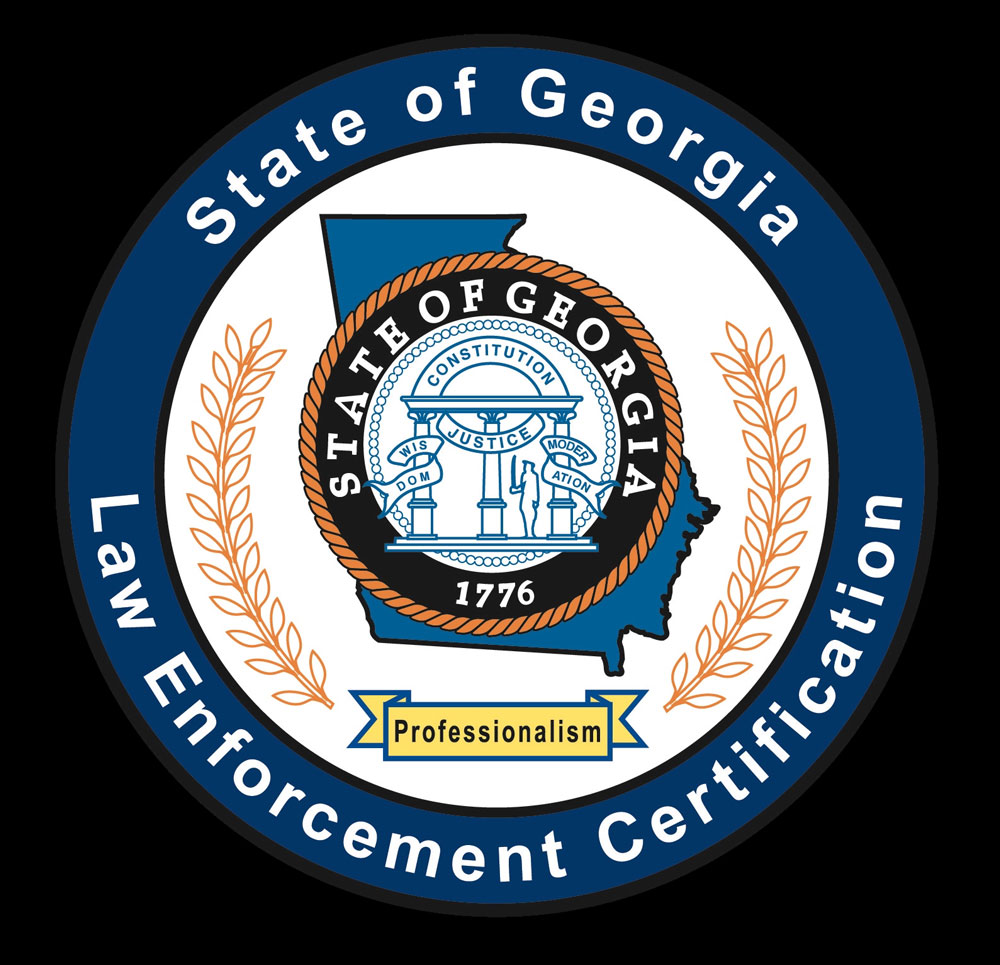 Certification is a progressive and time-proven way of helping law enforcement agencies calculate and improve their overall performances. The foundation of certification lies in the promulgation of standards containing a clear statement of professional objectives. Participating agencies conduct a thorough self-analysis to determine how existing operations can be adapted to meet these objectives. When the procedures are in place, a team of trained assessors verifies that applicable standards have been successfully implemented. The process culminates with a decision by a joint executive committee that the agency has met the requirements for certification.

Certification status represents a significant professional achievement. Certification acknowledges the implementation of policies and procedures that are conceptually sound and operationally effective.

The benefits of certification include:

Each applicant is required to pay a $375.00 certification fee. Agencies also will be responsible for the travel, lodging and meals of the assessors during the pre-certification review and on-site evaluation.

In response to a request made by the Georgia Sheriffs’ Association and others, DCA formed a committee of representatives from law enforcement and local government to work with staff in undertaking a standards development project. POST was asked to be a co-sponsor of this effort and contributed equally to the project.

In late 1996, the GACP assigned a committee, along with key members from the Georgia Police Accreditation Coalition (GPAC), to review and further develop the process to the point where it became a viable, workable program. From this collaborative effort, the Law Enforcement Certification Program, endorsed by the State of Georgia, was born.

The Agency Certification Program of the GACP has identified standards that are felt to be essential to the efficient and effective operation of law enforcement agencies. Participating agencies are expected to implement all applicable standards. Some standards do not apply to all agencies, and waivers may be obtained in exceptional circumstances. The standards provide a detailed blueprint for professional enforcement. They are credible, realistic, flexible and effective.

The standards incorporate contemporary professional thought and practices in the State, and will insure the goal of increasing the effectiveness and efficiency of Georgia law enforcement agencies.

Agencies that want to participate in the certification program can obtain an application package from the program director. Staff will send all necessary materials to the agency, including an “Agency Participation Agreement” which describes the program policies and specific responsibilities that the agency and the Association have during the process.

The policy development stage is the agency’s effort to meet applicable program requirements: the standards. Documentation must be compiled to demonstrate compliance with those standards the department already meets, and new procedures must be drafted for those not yet addressed. Experienced, trained assessors are available through the program for consultation and help throughout the process.

Agency officials notify the director when they are satisfied that all program requirements have been met. The director then designates a team of’ experienced law enforcement assessors, who visit the agency to verify that it qualifies for certification status.

The official designated to coordinate the assessment prepares a detailed summary of the team’s findings and recommendations for the Joint Review Committee. If certification is granted, it will be valid for a period of three years. If Certification is deferred, the Committee will advise the agency what it must do to become certified.

Agencies that meet all program requirements will be honored at a scheduled presentation at their city or council meeting.

Certified agencies must file annual reports attesting to their continuing compliance and identify any instances of significant non-compliance.
UA-12108941-1